RapidRide I Line in Renton

Metro is building 21 RapidRide stations in Renton—adding new stations and upgrading some existing bus stops to RapidRide stations. Metro determined station locations using projected ridership and community feedback. Most stations will be between 1/4 and 1/2 mile apart. That is about the same as five to ten city blocks.

In response to community feedback, Metro is placing RapidRide I Line stations

Why is Metro changing some bus station locations?

Metro is consolidating some stations and adding or moving others to

How big is the change? 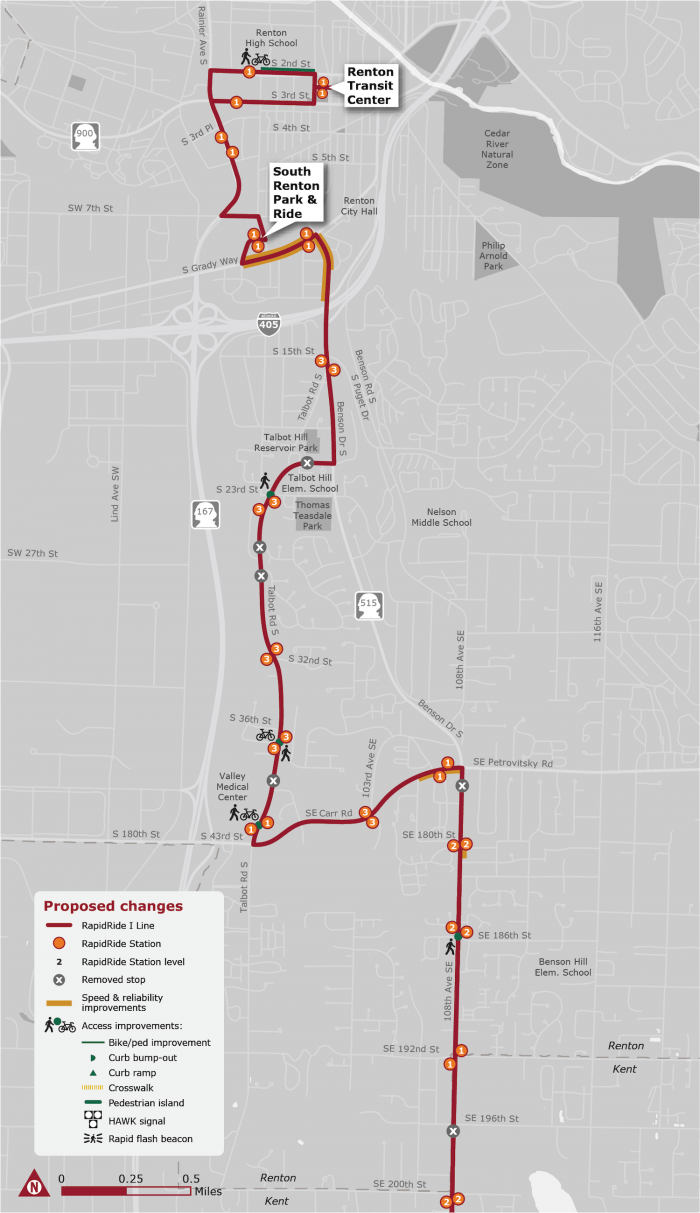 Click on the map to see the station locations in more detail. View a list of stations here.

Not every RapidRide station is the same. Metro is designing stations with different features to meet different needs, based on how many people we expect to use the station.

Tier 2 stations will serve between 50 and 149 people per day.

Tier 3 stations will serve fewer than 50 people per day.

We are planning several projects—including sidewalks and intersection changes—to improve access for people walking, rolling, and biking to stations. Community input helped us identify where to make these changes and what kinds of projects would be most helpful.

Metro is adding a protected two–way bike lane along S 2nd Street and bumping out the curbs on Shattuck Avenue S, Whitworth Avenue S, and Morris Ave S to slow traffic from side streets and shorten the distance between sidewalks. Curb bump-outs increase safety by reducing the amount of time pedestrians are exposed to traffic.

Community members asked Metro to make school routes safer for pedestrians. In response, Metro is bumping out the curbs at the crossing in front of Talbot Hill Elementary School to slow traffic and shorten the distance between sidewalks. This increases safety by shortening the distance between curbs and reducing the amount of time pedestrians are exposed to traffic.

Metro is adding a crosswalk and a raised bike lane through the new station at Talbot Road S and S 37th Street. This new bike station bypass will connect to future bike lanes planned by the City of Renton.

Metro is improving access to the bus on Talbot Road S near Valley Medical Center. A pedestrian refuge island means people will only have to cross one direction of traffic at a time, and raised bike lanes through the new stations will make it easier for bikes to pass through the station area when buses are present.

Metro is making it safer for pedestrians to cross at 108th Avenue SE and SE 186th Street by adding a High-Intensity Activated Crosswalk (HAWK) beacon and a pedestrian refuge island. With a HAWK beacon, pedestrians can push a button to stop traffic and cross safely. 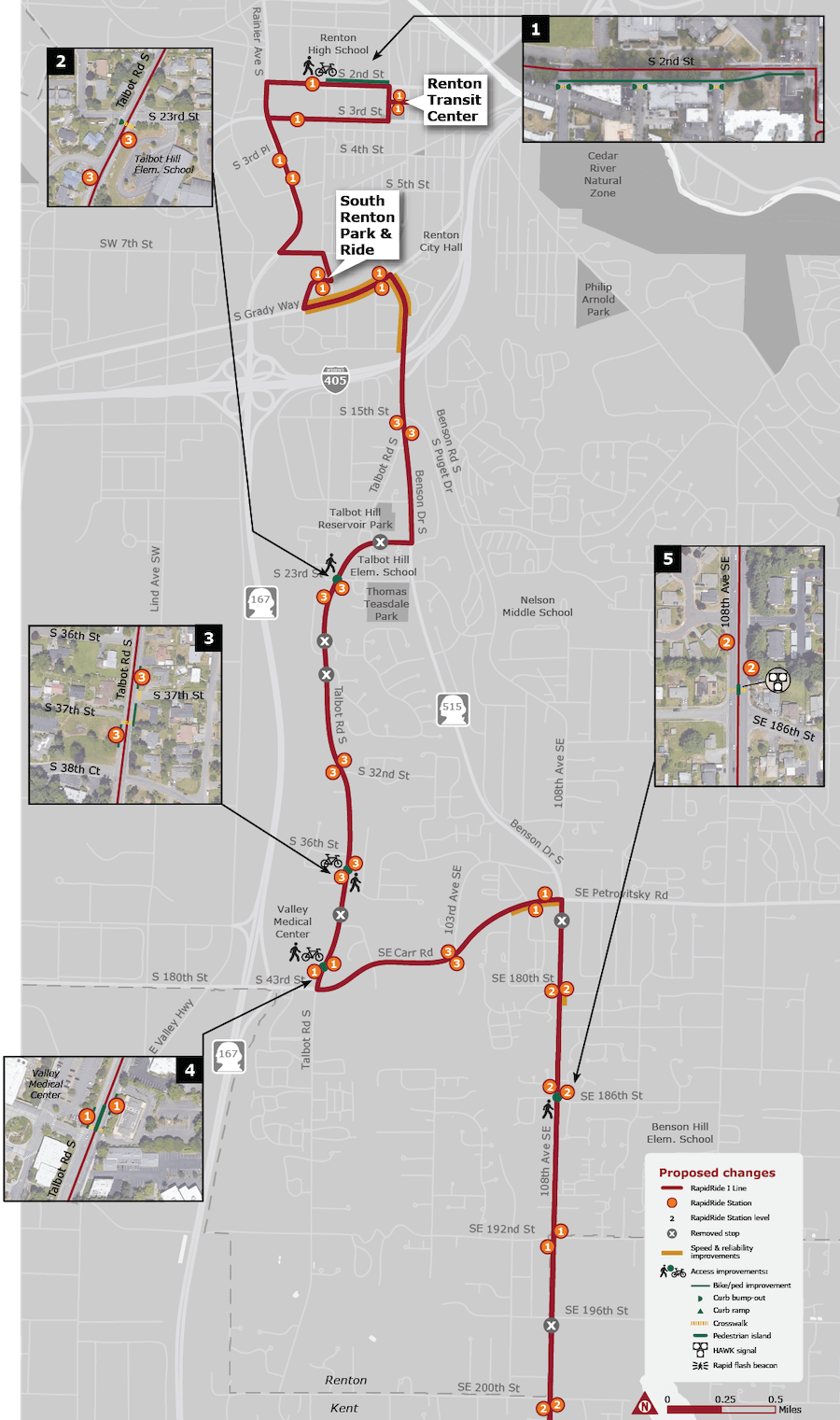 Talbot Road S north of I-405
Metro will widen the roadway to add north and southbound BAT lanes with transit-only signals.  BAT lanes help buses get past busy traffic while maintaining access to businesses.

108th Avenue SE and SE 180th Street
Metro will widen the road to add a northbound bus lane and upgrade signals to allow buses to move through the intersection before other vehicles.